TOP 10 REASONS BATMAN IS THE MOST FEARED CHARACTER IN COMICS 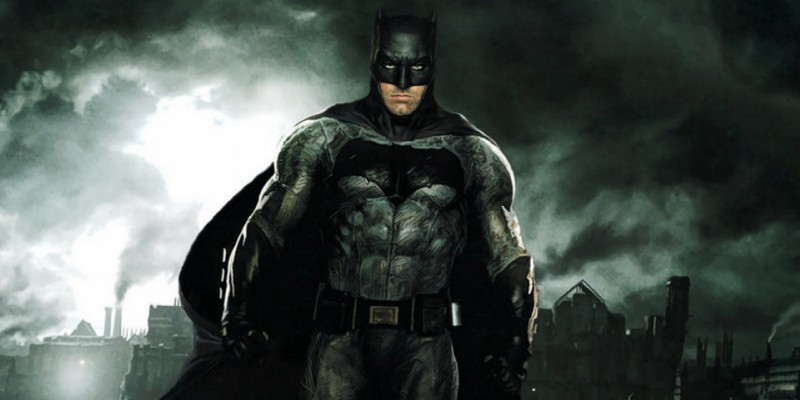 When Batman first appeared in Detective Comics #27 created by Bob Kane and Bill Finger, in 1939 he was a dark vigilante that preyed on Gotham’s worst criminals. He was a serious no-nonsense character who carried a gun and he killed his adversaries if needed. In the 1950’s comic sales started to slip, and many comics characters suffered, however, Batman still remained. He became more of a sci-fi character with wacky sci-fi adventures. Which started to veer away from the seriousness of the original idea of the Batman character. In the 1960’s with the campiness of the Batman T.V. show increased sales of the comic book. In turn, the comic became campy which steered even more away from the original concept. After the show was canceled, DC comics decided to try to take Batman back to his roots and make him the Dark Knight once again.

Since then Batman became the coolest, badass, most kick-ass character in comics. A man both respected and feared by all. The following are the top 10 reasons in comics that have made that possible.

Dennis O’Neil and Neil Adams took over as writer and artist.

In 1969, O’Neil and Adams took over as the writer and artist of Batman their main objective was to move the character past the campy stereotype. Back to the basis that was created by Kane and Finger. Even though this did not boost sales the way that was expected what did happen was the true legend of the Dark Knight started to build.

In 1993 Bane had a plan to defeat The Bat. The storyline was called Knightfall. Bane’s plan was kind of practical. To throw every villain he could at Batman and wear him down. Then when he was worn out and at his lowest trying to figure out what was really going on Bane came through and beat the crap out of him and broke his back. This was classic. Batman briefly retired. But when his ill picked replacement went batshit crazy (pun included), Batman came back from a broken back and not only put Azrael Batman in check but also defeated Bane. Proving you can’t keep a good Bat down.

Frank Miller’s classic. Basically, this is one of the greatest mini-series. This is a Batman in the future who is old, and battle worn. He is back, and he is still the wrong man to piss off. He lays a final defeat on his greatest foe, The Joker, and proves that he can still go one on one with the man of steel, Superman.

Batman defeats a Green Lantern with one punch

So, after the mini-series Legends which tries to establish heroes after Crisis on Infinite Earths, DC decided to start another Justice League in 1986. This version of Justice League added humor to the superhero comic with Batman often playing the serious father figure straight man. He had instant respect from everyone on the team because of his legend and them knowing what he could do. Everyone except Green Lantern Guy Gardner who would disrespect and taunt Batman for the first few issues of the series. When he would confront the Batman the rest of the team kept telling Guy Gardener to watch himself, but he wouldn’t listen. This resulted in Batman laying him out with one punch after Gardener challenged him to one on one after taking off his ring. Blue Beatle couldn’t stop laughing and Black Canary was very upset she missed it by a second.

Superman calls Batman the most dangerous man in the world

In 1997 there was yet another reboot of the Justice League called JLA. The first story arch was called New World Order and the team consisted of Batman, Superman, Wonder Woman, Flash, Martian Manhunter, Aquaman, and Green Lantern. An alien super team called the Hyperclan came to Earth and posed as heroes but as predicted they weren’t. They came to dominate. So, the Justice League decided to stop them and lost. They defeated the entire League except for Martian Manhunter who disguised himself and infiltrated the group and Batman who they thought they blew up in the Batplane. So, the not dead Batman sneaks in the lower levels of the Hyperclans base and starts to take them down one by one. He knew their secret. They were really White Martians. They gave themselves away because none of them came near the Batplane that was on fire to check for a dead body. As he takes the first set of Martians down with gasoline and a match he leaves a note behind telling them he knows who they really are. The leader of the Hyperclan is confused and baffled to learn that Batman lived through the Batplane explosion and is taking down these powerful beings because he is just a normal human with no powers and that’s when Superman chained down and weakened with Kryptonite reminds him that “he is the most dangerous man in the world”.

Batman likes to be prepared for every situation. Although he didn’t really execute the way the entire Justice League was defeated he did plan it in JLA: Tower of Babel. Batman had a manifest on how to defeat every member of the Justice League which was stolen by his arch nemesis Ra’s al Ghul. Ra’s used this information to defeat the Justice League and as you know they did overcome. Batman’s reason for having such a manifest was just in case any one of them went bad, including himself. The real outcome was the other heroes looking at Batman and thinking “Wait, this guy actually thought of ways to defeat every one of us and who knows who else he’s got files on …. this cat is seriously dangerous”

So Darkseid is again causing static. Batman decides to end this once and for all and creates a gun to kill a god. So Batman does what only he can do. Darkseid is not surprised or holds quarter as he respects Batman as being that one hero that would do what needs to be done with stakes this high. He does shoot Darkseid but not before Darkseid shoots his Omega beams and seemingly kills the Dark Knight. Apparently, what the beam did was banish Batman in time. Though several reincarnations and a little help from Tim Drake Robin the Dark Knight beat time and death and make his way back to the present. Who does that?

This story is actually very basic. This 1999 storyline has Gotham separated from the rest of the world by an earthquake. Bruce Wayne leaves Gotham to use his influence to get help from the government to save Gotham. Meanwhile, the villains and the few heroes left have divided up the land. Bruce Wayne comes back to Gotham and Batman emerges a few months later to rally the good guys and save Gotham.

In 1983 Batman decides to quit the satellite-based Justice League because he’s a mysterious detective that lives in the shadows. Plus, to him, the League wasn’t worried about the little guys anymore but big global threats. That was not what Batman wanted to be a part of so in 1985 debuted Batman and the Outsiders. This team consisted of more down to earth heroes such as Black Lightning, Katana, Metamorpho, Geo-Force, Halo, and Looker. Yup, Batman is badass enough to quit the team with the most powerful heroes in the world to form his own kickass team that works as a well-tuned unit. It was kind of like when David Ruffin left the Temptations in the 60’s except this move worked out for Batman.

Holds his own and even defeats Marvel characters

Everyone always talks about who would bin in a Marvel vs DC fight. Well, there was a few times that happened. In DC Special #27 Batman battles the Hulk. In what some comic book fans call BS, Batman uses gas and a gut kick to defeat the Incredible Hulk. Yes, simply breathing in gas felled the Hulk. Then there was the time in another Marvel DC collaboration Batman uses a nerve punch in the right place to knock out The Scorpion. Another outing of Marvel vs DC where fans voted for the outcome of the battles found Batman defeating Captain America in a sewer. Fans wherein an uproar because Batman is just a human while Captain America has the super soldier serum and I need to remind you that Batman is a man who trains himself to fight people with powers and figures out their weakness. The second time they met in the 2003 JLA/ Avengers team up. This time they square off to a tie but still – normal human vs super soldier serum because that’s how badass Batman is.

Please feel free to comment on our list and tell us what you think. Is Batman the most feared character in comics or is he just hype? Do you know more stories to support this theory? Let us know.

2019-11-06
Previous Post: ARE WE STILL FANS OR DO WE JUST WANT TO SEE THE CAPES?
Next Post: Top 5 Greatest Limited Series