Avengers Endgame Review: Was It Epic? 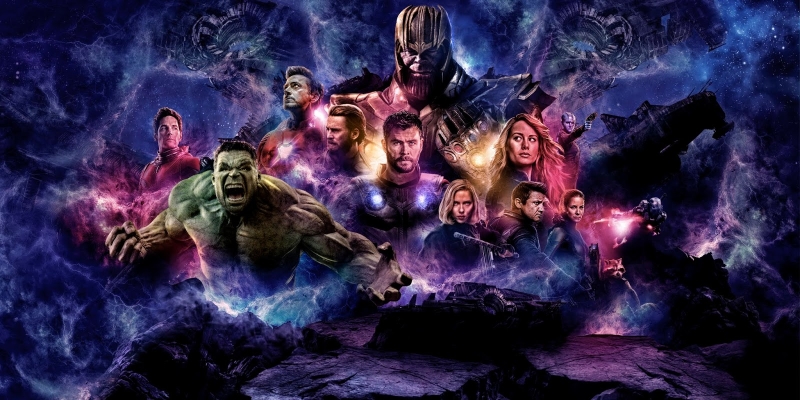 Avengers Endgame was the most anticipated movie of 2019.

This movie was in such high demand that when tickets went on sale it crashed various sites. Crashed. I went online that Tuesday, April 2nd and got kicked out trying to get seats at my local AMC theater. I was given a message that I was on a waiting list that was over an hour. I’ve never seen anything like this before. As of the writing of this article, Endgame has grossed over $400 million in domestic and over $1 billion in foreign. Beating out nearly every movie ever. Ever.

The big challenge of Endgame, however, was that if you were not lucky enough to catch an advance screening or see it when it opened on Thursday night, you had to stay away from spoilers. I know a lot of people who stayed away from social media since Thursday until they saw it over the weekend. I know people who haven’t had a chance to go yet and are still staying away from social media. All in all, most fans are not being jerks and are not giving away spoilers. But there are those people out there who just have to spoil it for those that haven’t seen it yet so be careful.

I had a co-worker who came to me and told me that someone had the nerve to walk up to him on Friday morning and totally spoil the end of the movie. To me, that would have been grounds for a fight and possibly losing my job because beating the crap out of a jerk who spoiled Endgame would be frowned upon by management. Even though most people were considerate enough not to give spoilers on social media, the one comment that stuck out in my mind was “epic”. Fans considerate enough not to give out spoilers would post on social media how they saw Endgame and didn’t want to give away spoilers but just wanted to state that the movie was epic.

Every fanboy and girl I knew on my social media hyped Endgame up as the most epic movie they have ever seen. My son called me on Saturday afternoon because he had already seen Endgame. His words to me were “Dad if Marvel said that after this they are not making another movie ever I would be ok with that …. that’s how good it was”. He stated how he, his wife and their friend that had gone with them spent the first 15 minutes after the movie in silence until his wife had asked him “are you alright?”. He said he still was trying to process. He was waiting for me to see it because he needed to talk. My son was emotional about this and I was on the other end of the phone thinking “when I go to this movie what am I going to see?”.

My anticipation grew and I started to regret the fact that I had bought a ticket for Sunday because that’s when I usually go see movies. With my schedule that’s usually the only time I have. My daughter texted me later that afternoon because she and her boyfriend were going into the 4pm show. I asked her to text me when she was done to tell me how she liked it but not give any spoilers. She did not text me until the next day when I was in the theater myself to see it. Although none of my Facebook friends who had seen it before me were inconsiderate enough to give spoilers (I have cool nerd friends on Facebook), one friend did mention that the movie made him cry.

Even though he didn’t give any details, I considered this a little bit of a spoiler. Once again, I was wondering what would I be getting into with this movie. Friday, Saturday and Sunday morning whenever I was brave enough to peep onto social media I saw the same thing: Endgame was epic. My anticipation grew even more. Sunday afternoon comes and I have my Avengers shirt on that I bought for the movie and I’m ready to go. Knowing it’s a 3-hour movie and I was told I wouldn’t want to miss a thing, I took my seat without a soda or popcorn or Twislers, which is my usual movie staple. I did not want a reason to have to go to the bathroom so much I even stopped eating an hour before I left.

As far as I was told, Endgame was epic and I didn’t want to get up and miss anything. I got to my seat just as the movie was actually starting. With a 3-hour movie, I had no need to sit through 20 minutes of commercials and trailers and being told not to text and talk during a movie. I was in a let’s get to the chase mindset. There I was. Watching Avengers: Endgame. Finding out what happens after the snap. Because, ultimately, that’s what Endgame is about: what happens after the snap. I was in my seat waiting for epic to happen.

For me, epic did not happen.

I know I’m going to get a lot of flack for that and called a hater but before you understand me too fast, I want you to know something. Avengers Endgame was the best Marvel movie I had ever seen. It was done perfectly. It was a great movie. However, it was not epic. It had epic scenes. But it was not epic. Now my point of view might be solely my fault. Between my kids and my friends on social media, I had anticipated an epic movie. I believe my expectations were maybe set a little too high. When the people who were telling me epic said epic I was expecting epic. Don’t get me wrong this was an extremely good movie with epic scenes but epic scenes do not make an epic movie.

As a friend told me today, had I seen this movie Thursday or Friday when it first came out and not Sunday then it might have been epic for me. Had I seen it before I got the epic reviews from my family and peers then it might have been epic for me. But I had seen Endgame on a Sunday after most die-hards saw it on Thursday, Friday or Saturday, and that might have tainted my view. The build-up was so much that I didn’t see epic. Avenger Endgame was a very good movie. It was an excellent movie. Avengers Endgame answered that yearlong question of what happens after Thanos’ snap. The answer did not disappoint.

After the snap in Infinity War, we wanted to know what the Avengers would do next and Endgame was the answer. It may not be the initial answer you wanted but it was an answer. Each character had a story. The focus was on who had survived the snap and how they handled being survivors. What do you do when half the population just up and disappears? The thing about Endgame was that it wasn’t just a big battle scene where you saw the survivors head on with Thanos for 3 hours. You saw an initial retaliation and vengeance for a loss that could not be imagined. You saw a grieving process when all hope was lost. You saw what happens when the hero loses. You saw the heroes pick themselves up from the ashes of defeat and dare to try again.

You saw an epic battle with the hopes that justice would prevail. But an epic battle or a few epic scenes do not make a movie epic. Endgame answered a lot of questions and perfectly tied together 22 films from over 11 years. The Russo brothers had not lost their magic for putting together an Avengers story. This was a movie well worth the year-long wait. But, as much as I loved it, I could not get myself to call it epic. The one drawback from the movie is that after all is said and done, you are still left with a few questions on the how and why. My one suggestion is to sit back and enjoy the ride and not overthink what you are seeing. Not everything is an easy explanation. Not every plot point has to be sussed out for the moviegoer to be totally satisfied.

After investing 11 years and 22 movies you have to accept the closure you get. There was no mistake in the fact that the last Avengers left were mainly the first Avengers you saw way back in that movie. You get a look at how these original Avengers deal with loss and how they are given the strength to fight back. Comic relief and action are mixed in a perfect blend to help tell the story of how our heroes came to be in the situation they are in. Great movie and a perfect ending to an 11-year saga. But not epic.

Go see Endgame or if you have seen it let us know what you think.