Battle Royal: The Seven VS Villians of DC & Marvel 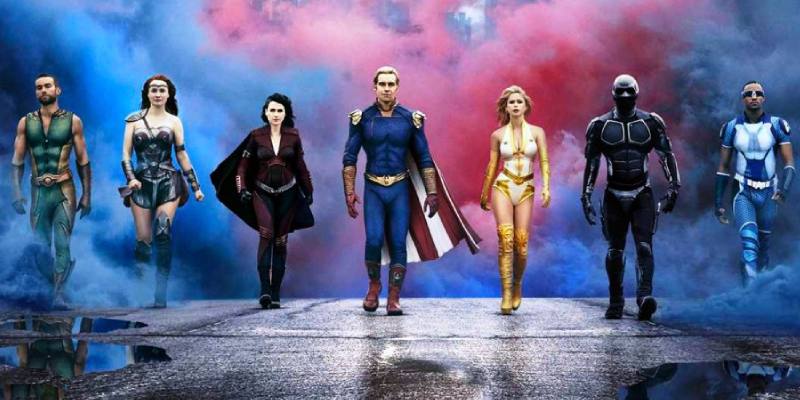 The second season of the popular Amazon Prime, The Boys, hit the streaming service on September 4, 2020, with new episodes every Friday. The Boys centers around a group of heroes called the Seven that are not exactly what they seem.

Lead by Homelander, the Seven are not really hero material and pose as heroes for the corporation they work for. In actuality, a good deal of their heroics is a staged event to make them appear to be fearless heroes. They actually don’t have that kind of moral integrity.

In the comics they are responsible for a ton of lude acts which are portrayed the best way they can be on the streaming service without making this show rated X. Yes, the Seven are really bad people who get away with doing whatever they want which includes killing. Homelander the leader is the sickest one of them all.

Going with the theory of fighting fire with fire we have picked a few villain teams from Marvel and DC that we think would be interesting for the Seven to face in a Battle Royal. If that were to happen, we have picked who would win from some of these classic teams.

There have been many incarnations of the Masters of Evil which pretty much were all comprised of the Avenger’s most deadly foes. These are deadly heroes that give each and every Avenger a lot of trouble. With members like Ultron, The Radioactive Man, Enchantress, The Wrecking Crew, and Absorbing Man to name a few among the various line ups it’s safe to say we can give this one to the Masters of Evil.

But they are bad guys being forced to fight for the government and as bad guys they qualify. The problem is that these are usually the losers of the villains that managed to get caught. On top of that their loyalty for their mission and each other is not always a factor. Because they tend to not always work together and the Seven are ruthless this match would go to the Seven.

This is almost like a double-entry because the first set of Thunderbolts were members of the Masters of Evil. They were villains that pretended to be heroes under different disguises so they could gain trust and take over America. Or something like that, the original leader Baron Zemo was a nut.

Thing is that most of these villains started to like being good guys and switched over. Not Zemo though, that cat is just evil to the core. Later, this turned into a Marvel version of Suicide Squad working from jail for the government. In any event, the Seven are ruthless enough to take them out in most cases.

These super-criminals from the future are the arch-villains of the 31st-century team Legion of Superheroes. The criminals were originally put together by the Legion to help them fight a bigger threat, the Sun-Eater. They were offered pardons for the crimes they previously committed but since they did such a good job of working together to help save the day they told the United Planets to stick their pardon where the Sun-Eater don’t shine. They figured they could conquer the planets they helped save. These futuristic criminals are ruthless and even though there are only 5 of them ripping through the Seven should be easy work.

These are some of Spider-Man’s worse and most dangerous villains. They all have a grudge against the wall-crawler. After getting spanked by Spidey, Dr Octopus decided to call all of Spidey’s foes to join together. Only 5 others answered, which was kind of like having 500 Facebook friends and only 5 of them respond to your birthday post.

No respect. The first six are comprised of Dr Octopus, Electro, Kraven the Hunter, Mysterio, Sandman, and Vulture. There were other groups of six, even seven and twelve but the bottom line here is that they are all petty criminals with delusions of grandeur and will always double-cross each other or refuse to work together effectively.

Imagine the Justice League as all bad guys. I mean really bad guys. The kind of beings that would just kill because it’s fun for them and they can do it. So powerful they can get away with that because who is going to stop them. Well, that’s what you get when you go to Earth 3 and meet the Crime Syndicate of America. These guys are so ruthless and mean, there was once a book where Ultraman would disintegrate people from the space headquarter because he was bored. Homelander may have met his match with this one.

If mutants are the outcast, then the Brotherhood is the outcast of the outcast. Originally started by Magneto, these mutants did not want peace like their counterparts the X-Men but instead, they wanted to rule over the humans.

There were other incarnations of the Brotherhood that usually had some of the same mutants but with different leaders. Add the fact that depending on the team you can have a vast number of mutant powers. Good or bad whenever you get mutants that work together for an equal cause you will find them hard to defeat.

Known as the Rogues, these are a collection of villains that oppose the Flash. Usually, lead by Captain Cold, this group also consists of Mirror Master, Heat Wave, the Weather Wizard, the Trickster, the Pied Piper, the Top, and Captain Boomerang. The Rogues Gallery has always been an unofficial way of describing the Flash’s foes and we do not have a set date when they all officially appeared together under that name.

The unique thing about this collection of criminals is that they have a code that they stand by. They do not kill or have anything to do with drugs in any way. They are criminals that focus on robberies. They are not hardened killers. This is the first reason why, although they are formidable, they would not have it in them to just outright kill any member of the Seven. The Seven do not have this kind of moral holding them back.

The Dark Avengers were much like the Thunderbolts in that they were villains dressed to look like heroes. They were under the leadership of Norman Osborn who at the time was Super Patriot, an Iron Man rip off. Under government sanction, Osborn filled his team up with villains and had them impersonate various Avengers to gain the public trust.

At the same time, Osborne had also been made head of S.H.I.E.L.D. and turned them into H.A.M.M.E.R. This became a time when the villains had more power than they should have had. Osborne chose some of the vilest villains to impersonate heroes. Villains who had no problem being ruthless. Villains with no heart.

Just as the Justice League in the DC universe represented just about every able hero, the Injustice League soon started to represent every able villain. Formed out of boredom from an alien who wanted to conquer Earth, these villains were called together to help the aliens succeed.

Because the range of villains and powers is so wide on who could show up to be in any incarnation of this group it would be hard to determine a winner. However, the pool that there is to pull from it is easy to assume that a collection of villains would be included to give Homelander and the Seven an extremely hard time.

There you have it. Do you agree with our list? What villain team did we not include that you want to see the Seven go up against? Leave a comment and tell us your possible Battle Royal vs. match up.