Glass: a superhero movie, but not 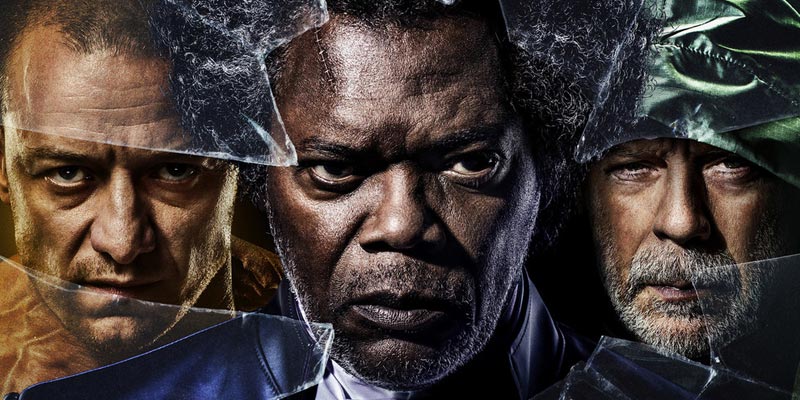 In the world of film, great trilogies can be difficult to achieve. For every Star Wars, episodes IV to VI, of course, there is a Godfather, where one leaves you almost thoroughly satisfied and the other says “we should have stopped at part 2.” As a filmmaker, M. Night Shyamalan has certainly had his share of greatness mixed with not so great. One would argue that The Sixth Sense was highly masterful as opposed to The Last Airbender which left much to be desired.

This past weekend the director’s newest work, Glass starring Bruce Willis, Samuel L. Jackson, James McAvoy, Anya Taylor-Joy, Spencer Treat Clark, Charlayne Woodward, and Sarah Paulson was released. The film is the final part of a trilogy which began with Unbreakable in 2000 and Split released in 2016. The trilogy revolves around the existence, and implications, of superheroes and supervillains in the real world.

The characters from the two previous films continue their individual paths of the hero David Dunn, played by Willis, the intellectual villain and titular character Elijah Price or Mr. Glass, portrayed by Jackson, and the “brute” villain with multiple personalities Kevin Wendall Crumb, played by McAvoy.

The story brings all three together after each is confined to a mental institution where their abilities, viewed as baseline mental disorders, are analyzed by psychologist Dr. Ellie Staple who believes their conditions are a form of delusions of grandeur. Through the course of the film, the characters are explored and, in true M. Night fashion, a myriad of plot twists and turns lead to a final conclusion which can launch the viewer in several directions depending on how they embrace the story.

A singular aspect one must realize when watching Glass is that it in every way is a superhero movie, but not. The film’s strength, as with the previous entries, is that it thrusts the viewer into a “real world” of superheroes and supervillains. This subtlety of content erases the ultra-fantastic elements of costumed teams of powered individuals fighting cosmic beings while placing the viewer in a possible, relatable, reality where disbelief is less suspended.

However, a soft weakness is, as, with any sequel, one must know the prior films. Glass is not a movie to walk into without watching Unbreakable or Split. There are literally only two new characters in the film with little points of extended explanation of the established characters. Thus, with no knowledge of the original players, the viewer will more than likely not grasp certain elements of the story. The film expects you to jump in and start swimming.

Overall, the film is a masterful conclusion to the series which started with Unbreakable. Truth be told, I have been waiting for this movie since I saw Unbreakable. As a die-hard comic book fan, one might say my appreciation lies solely in the superhuman subject matter. However, this aspect, though very important, is tertiary to the telling of a great story.

Shyamalan wove a tale of absolute fantasy and absolute reality that is impossible to ignore. While some critique the film in the context of high-level known superhero films, it would be best to judge the movie, and its setting, in a class by itself. In comic book terms, there are serials and then there are graphic novels, Glass and its predecessors are the latter. As previously stated, know the two other films and once viewed, one shall certainly enjoy and value Glass.