Heroes In Crisis: A murder mystery based on therapy 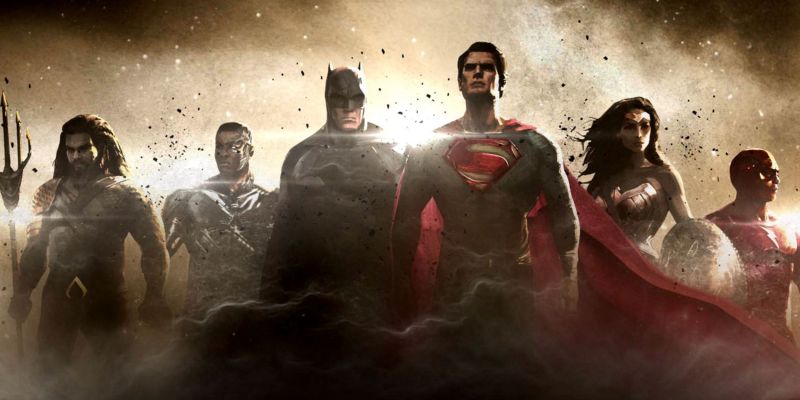 During these annual events, the two teams would visit other Earths in the multiverse to team up with those heroes and defeat the villains. They would travel through time. They would travel to dimensions. To me these where exciting events. As a kid in the late 70’s this was my introduction to the Justice Society because at the time they did not have a monthly book and in my neighborhood, you had to go to the local 7/11 to get books which didn’t always have the best or newest selection.

After Crisis on Infinite Earths, the Crisis events took a slightly different turn. As we were now dealing with a new DC universe because of the 1985 book, the threats became bigger and more of a universal problem. Some of these events were not specifically titled “Crisis” but they were considered Crisis events. In 2004, Identity Crisis was a crisis on a smaller scale. This dealt with a murder mystery among the heroes. Ralph Dibney’s, the Elongated Man, wife, Sue Dibney, had been murdered. After a list of villains, it was revealed that the murderer was actually Jean Loring, Ray Palmer’s (The Atom) wife.

The premise of Heroes in Crisis

In Heroes in Crisis, DC went back to the murder mystery formula. The hitch this time was that there were no villains involved. The premise of this story is that Superman, Batman and Wonder Woman, who are now being dubbed the Trinity, created a place called Sanctuary. Sanctuary is a place for superhero therapy. Because of the life they lead, if a hero needed a place to go to get away, collect their thoughts or just talk about their life, they went to Sanctuary. It was a secret place that only the heroes knew about. But the unthinkable happens: a mass murder takes place at Sanctuary. No one knows who did the murders and the only living witnesses and possible suspects are Booster Gold and Harley Quinn.

While Batman, Superman, Wonder Woman, Flash, and other heroes try to solve the mystery, Booster Gold and Harley Quinn work on trying to clear their names and find their own answers. Booster and Harley being the only survivors are made to believe that one of them is the killer. With the help of Blue Beetle and Batgirl, the four solve the mystery of the real killer: Wally West, the Flash. Wally West was at Sanctuary dealing with the loss of his family since he reappeared from the speed force a few years ago. He has not been seen since Flashpoint event and was not integrated into the New 52.

West came out of the speed force to a much different reality. While at Sanctuary trying to cope with his loss and trying to fit into this new world, he loss control of his powers and his energy killed everyone in the vicinity. Realizing what he had done, he set up everything to make it look like it wasn’t him to throw off the scent. Then he went into the future to kill himself and leave that body in the past to make him not a suspect. Sounds crazy. Anyway, Wally West was caught and convinced not to kill himself and he confessed to the accidental murders. He was jailed and Booster and Harley were cleared.

Our take from this story

The refreshing part of Heroes in Crisis was that it was a murder mystery. There was no big epic battle at the end to save the universe, the planet or even the country. There was no master plot by a big supervillain to take over everything or kill the heroes. This was just a well-written murder mystery. Yes, it was confusing at the end on how Wally West would kill himself and how Booster proposed the solution. Other than that, it all was a was well written. Another refreshing part of this story was the use of Booster Gold, Blue Beetle, Harley Quinn, and Batgirl.

These are unusual leads for a Crisis event. Crisis events are usually centered around main heroes like Superman, Batman and the rest of the Justice League. While the Trinity were featured throughout the story, they were in the background trying to figure out the mystery. The weird pairing of Booster and Harley along with Beetle and Batgirl made for quite an interesting story. It made me think how DC could use another mystery book. Another cool aspect of the story was Sanctuary. The heroes that were getting treated there were made to video themselves talking to about their problems in a video that would be erased when they were done.

Throughout the nine–issue story, you got to listen in on the lives of various heroes. Some of the videos whereof the slain heroes who happen to be there during Wally’s accident. Insight on life as a hero. They are people too. One of the few battles was the battle between Harley and the Trinity. Now Harley going against Batman, Superman and Wonder Woman would have you thinking the fight is over before it began. Harley was able to hold off the heroes and delay them enough so she could escape. Harley was also able to go toe to toe with Booster. Although all these heroes are way stronger than her and the fights can be seen as a writer’s choice to move the story, this could also show the power of fighting an unpredictable opponent.

Overall, Heroes in Crisis is a good solid read which has you wondering the future of the fan favorite Wally West. There are suggestions that there are bigger things planned for his future with certain sources pointing to his own book or a stint as leader of the Suicide Squad. Even bigger is possible hints to this story being connected to the Doomsday Clock storyline and that Dr Manhattan from that story is connected to the deaths framing Wally without anyone’s knowledge.

Take a read and give us your opinion.

2019-06-13
Previous Post: GODZILLA: A MONSTER GOOSE CHASE
Next Post: Nerdy by Nature: An Open Mic for Open Minds and Hearts