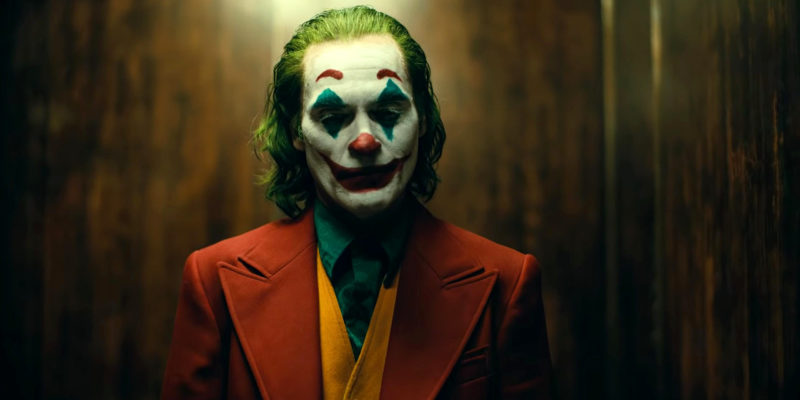 Make no mistake, this is not your daddy’s Joker. If you walk in the theater looking for a Batman based action movie you will be a victim of disappointment. If you think you’re going to see a movie where the bad guy is looking to kill everyone and rule the world, you came to the wrong show. If you expect big CGI scenes, henchmen and a lot of action fight scenes then you wasted your money on a ticket.

This is the movie about the psychological spiral downfall of a single man. The Joker. This is a psychotic thriller.

Let me start by saying that Joaquin Phoenix was awesome as Arthur Fleck who would eventually become The Joker. He should definitely get an Oscar nod for his performance. Just when we all thought no one could play the Joker after Heath Ledger, Joaquin Phoenix proves us wrong. As Arthur Fleck, Phoenix plays a man who works as a clown and lives with his mother.

Arthur also suffers from a disorder that makes him laugh uncontrollably at the most awkward times. Phoenix takes you on a journey as the title character whose life slowly falls apart taking a man who is already on the brink completely over the edge. Phoenix develops this eerie pain-stricken laugh for the character’s condition that will make you sympathize with his plight because he honestly makes it look like it hurts.

And yes, I said sympathize. His downward spiral has you rooting for him and then you realize that you are routing for the killer. That is why Joaquin Phoenix deserves an award for this performance. Going in the first thing you need to do is take past interpretations of the character out of you head. You’re going to get a better Joker than Jared Leto without a doubt but a different Joker than Jack Nicholson.

You’re going to see a hint of Heath Ledger and not a bit of Cesar Romero. My indifference with this movie is in the script. When we meet Arthur Fleck, he is already seeing a therapist and on meds for his condition. We meet a socially inept loser who is down on his luck and gradually getting worse. My problem with that is that when he finally did snap and go full on Joker it wasn’t a big leap. I barely saw the snap.

I think the story would have had more impact if Arthur Fleck had been more of a normal guy. Imagine life taking a man with no pre-existing conditions and turning him into a psychotic killer. Even though Joaquin Phoenix stood out in the title role and dominated the film, his supporting cast did well in holding their own.

Robert De Niro as the talk show host Murray Franklin and Zazie Beetz as the neighbor/imaginary girlfriend Sophie Dumond were outstanding support. However, another stand out was Frances Conroy as Penny Fleck, Arthur’s mother. Her character is one of the main reasons that snaps Arthur into the Joker because of her own mental illness and the lies that she had her son believe all his life.

But how do you make a movie about a famous fictional villain and his road to villainy without putting worse characters in the film that make him go bad. Brett Cullen’s Thomas Wayne was that character for this movie. Sorry folks but this movie makes Batman’s dad out to be the biggest dick there is. And spoiler alert, the fateful moment that makes Bruce Wayne an orphan you have a hard time feeling sorry for the Wayne’s fate.

Yeah, the Joker was a psychotic killer, but this guy was a genuine everyday ass that you had no problem seeing getting shot at the end. I guess that’s what happens when you tell the story from the other side. As the reviews come in some people loved this movie and others hated it. I’m indifferent because although I didn’t like the script and the way it moved, I thought the acting was superb. So, I guess this is less of a review and more telling you what to expect going in.

This isn’t your typical comic book movie. And I’m curious as to what you think about it.