The Old Guard is Nothing New 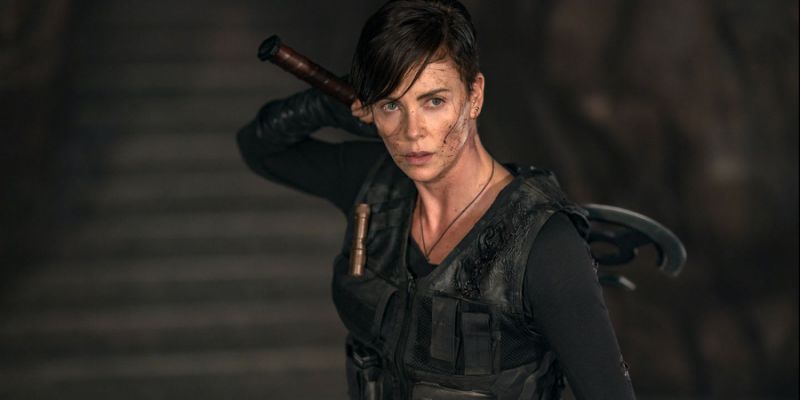 You know how you watch a trailer and its really hyped? You think I got to see that. Then you see it and it doesn’t quite live up to the hype. The movie is not totally bad, but you expected more.

You know how you watch a movie and you think “Wait, I’ve seen this before”? It’s a new movie but the premise and the plot are redundant to other movies you have seen. Not that that’s a bad thing it’s just that along the way the movie became predictable.

This is how I felt watching Netflix’s original movie The Old Guard. I’m going to start out saying that with the above details I’m not saying The Old Guard was a bad movie, but this was like Netflix wanted to do a high action modern fantasy movie on the quick. It’s starting to feel like Netflix is a hit or miss thing where they are throwing movies up a flagpole and seeing if anyone salutes.

The Old Guard falls within the fantasy genre as it is about immortal soldiers. Charlize Theron plays Andy, Andromache of Scythia, who leads a band of immortals who are mercenaries for good. They kill but they take jobs that help people for the greater good. There is no real explanation of why they are immortal or why they do what they do. There is no good explanation of how they all got together as mercenaries for hire. They are just there.

Kiki Layne played former US Marine, Nile Freeman, who dies to find out that she is immortal. In the beginning, she has no idea how she survived death and is not accepting of the answers she got. Truth be told there was no one to give her any answers because no one knew how this was happening.

The Old Guard took in this new immortal to train her because whether she had fighting experience or not, they thought the best thing for her to do was join their mission. Which they could not explain. Layne does a decent job of playing the stereotypical new recruit to the group with a chip on her shoulder because she doesn’t want that life.

So, when I hear a story about immortals, I immediately think of Highlander. Between the movies and the tv show, Highlander kind of cornered the market on the whole group of immortals thing. “There can only be one” is a phrase that not only us nerds know. It’s worldwide.

You really shouldn’t compare this movie with a franchise such as Highlander but Connor and Duncan McCloud and their universe had a clear picture of what being an immortal meant. Once you have seen Highlander it’s hard to push a movie about immortals that doesn’t measure up. There was one main similarity between the two that felt like a total rip off but unlike Highlander, there was no explanation for it.

Plot-wise there were so many times that while watching this movie you can tell how a plot point would develop. There were parts of the movie that were genetic. You’ve seen it so many times before that the writers could not have spent an incredible amount of time putting this together.

When you are watching a movie and within the first 15 minutes you say to yourself out loud “well we know where this is going” that’s not a good sign. From my point of view though, these immortals made certain decisions that should not have been made from people hundreds of years old. This made the script and plot unbelievable.

The action scenes were a little bit of a saving grace. The immortal mercenary group was a force to be reckoned with because you simply could not kill them. They kept coming back to get you. The realistic fighting scenes were fun to watch however you did realize that the adversaries could not kill the stars, so it was just a matter of how these countless hired thugs were going to get their heads handed to them.

The hope is that the producers and director of this movie do a better job on the second outing. For a movie that was stolen from other movies with the same type of hackneyed plot, it was seen fit to leave off with a cliffhanger that would set up a sequel. Hopefully, this will give them time to explain all the plot holes that were left empty on the first outing.

Check it out on Netflix if you got time to kill. It’s not a bad movie but don’t go in expecting to be wowed either.