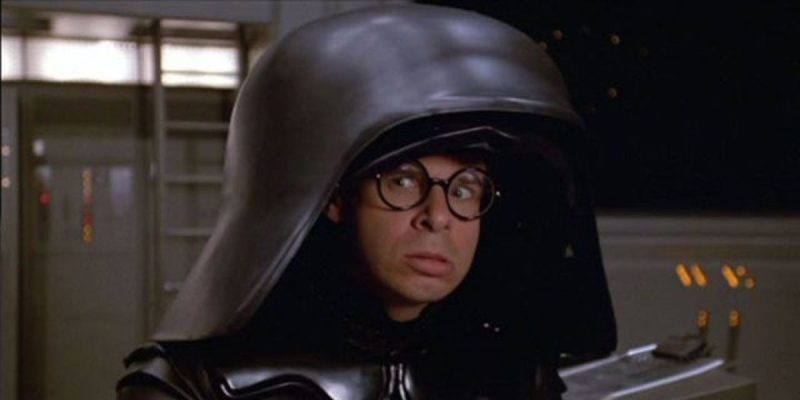 Science fiction movies and television are fun to watch to a true sci-fi fan. But what is even more fun is when the sci-fi is purposely funny. What is more purposely funny than a parody?

The parody works well in movies like Airplane, Holy Grail, and This is Spinal Tap to name a few. Parody also works just as well with sci-fi. Below are our top 8 parodies in sci-fi.

Even though this show premiered in 2020, I was just turned on to it this year when I got Paramount+. This animated account of the Star Trek universe gives an adult humorous account of what life is like for the expendable crew members with the red shirts.

Speaking of Star Trek, Galaxy Quest is a straight parody of the show. It is more like a behind-the-scenes look at the relationship and lives of actors after the series is over. The joke here is this is made when all the original Star Trek actors are out of the spotlight.

A couple of years ago a co-worker asked me about this show. When he found out that I was not watching it he proceeded to tell me all about it. The raunchy humor of the elder Rick is what makes this Back To The Future knock-off so hilarious.

In making this list, I often ask for advice from friends on what movie or tv show should go on a list. I disagreed with a friend on placing this cult classic on this list because he told me this was not a parody. I feel this is a total parody with Flash using football to fight his enemies while Dale chants “Go, Flash, go!”

Taking a page from the invading alien genre of movies, Mars Attacks takes a comical look at invasions. The real hilarious parody comes with the resolution on how to defeat the visitors: playing a song so their brains can explode in their helmets.

As far as sci-fi goes the ordinary person might not include this movie. However, with the strange powers of some of our heroes and the villain’s master plan, this is definitely a sci-fi movie. Not only is this a sci-fi parody but a superhero parody which makes it double the fun.

If you think about it this show is what would go wrong if Buck Rogers was not a space hero. A guy from the past is awoken in the future but instead of saving the universe, this guy works for a delivery company. Add in a smart-mouthed robot and you have a parody hit.

A straight parody from Star Wars, this parody is a Mel Brooks production. Who better to do a parody of the Star Wars than the comic genius of Mel Brooks. In Mel Brooks style though there are parodies within the parody like Alien, Star Trek 200, and Wizard of Oz to name a few.

Tim Curry’s portrayal of Dr. Frank N Furter is legendary. The thing that makes this parody so special is it is a musical with crowd participation. People acting out the movie on the stage in front of the movie in the theatre. I remember going to see this for the first time with friends in college and enjoying the different experience.