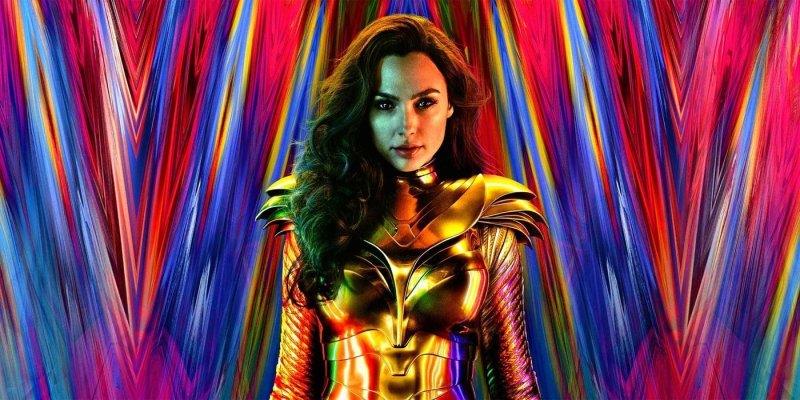 This week we will be reviewing Wonder Woman 1984 which premiered on Christmas day 2020 in both theatres and HBOMAX. This much-anticipated film had mixed reviews from fans. Some hated it and some loved it,

I thought it was trash.

That’s my opinion. But isn’t that what a critique is: an opinion? The trouble is when you deal in the nerd world an opinion is taken way too seriously. A Marvel vs DC argument is going to end like a Biden/Trump debate and there’s nothing pretty about that.

That being said, I put my opinion regarding Wonder Woman 1984 on a few nerd social media chats and got totally disrespected by more than a few people. I was called a troll. I was told I had a problem with female leads. I was even laughed at and made fun of because my profile pic has me wearing a fedora.

ObsidianNomad is a safe space. So, I’m going to review, and critique Wonder Woman 1984, and you can respectfully agree or disagree in the comments. Here it goes and yes there are spoilers in this article.

Wonder Woman 1984 is a movie that timeline-wise takes place after the story told in the first Wonder Woman movie and before the character’s first on-screen appearance in Batman vs Superman. This story picks up with Diana in 1984 working as a senior anthropologist at the Smithsonian Institution in Washington D.C. There she meets a socially awkward Barbara Minerva and they become friends.

A newly acquired museum artifact is really a mystical wish stone that Barbara Minerva is studying. Diana inadvertently makes a wish that brings Steve Trevor back to life. This same rock is also sought by businessman Maxwell Lord. Barbara makes a wish to be more like Diana and discovers that comes with superpowers. Using the front as an investor of the museum, Max Lord cons the stone away from Barbara for his own personal quest for power to be the richest man in the world.

Max uses the stone to create world chaos giving everyone wishes. Barbara starts out helping Diana but realizes Diana’s plan means she loses her new powers and decides to side with Max who somehow gives her a second wish that turns her into Cheetah. Diane spends the movie slowly losing her powers because of her wish while trying to update Steve on life in 1984.

The whole thing is resolved when Diana takes back her wish and Steve disappears, and she gets her full strength back. Then Diana goes after Max by first defeating Cheetah and then communicating to the world through satellite to renounce all their wishes which they do. Everything goes back to normal. The End.

In a nutshell that is the basic plot which should tell you two things: 1) the writers had no regard for source material and 2) the writers were lazy when it came to developing a plot. Basically, this whole story depended on a stone that made wishes come true. Flimsy.

The main question you ask yourself when you leave this film is why set it in 1984? The time period had nothing to do with the movie. There was no nostalgic use of 80’s music. There was no use of 80’s phrases. There was no reference to things of the time period like someone wearing a Swatch or walking by a movie theatre that was playing Ghostbusters. Just bad examples of women wearing leggings and workout clothes. A waste of a perfectly good background setting.

My biggest problem was this Dreamstone. This was the laziest bit of writing since a TV A-Team episode. It was the poor plot device that brought Steve Trevor to the future. It was the reason for the powers of Cheetah and Max Lord which is a way better story in comics. The simplest thing about this plot device was that in order to stop it you only had to unwish what you wished for.

The most disappointing thing about Wonder Woman 1984 was that it was a big, wasted opportunity. In these advanced times of the We Too movement, having a woman run for President in the past and a woman become the first Vice President of the United States, you would think there would be a stronger statement about women of our time. To show the strength of women today. Not use a time period where it was considered more acceptable for women to be cat-called at every turn which was amplified in the movie.

Despite the lackluster screenplay by Patty Jenkins, Geoff Johns, and Dave Callahan I will admit that the acting was on point. It was not the fault of Gal Gadot, Kristen Wiig, and Pedro Pascal that they were given a horrible script. They did the best acting that could be done considering what they had to work with. I should also give kudos to Lucian Perez who played Alistair, Max Lord’s son, who I can imagine becoming a fine actor and hope that being in this bomb won’t get in the way of that future.

I didn’t mention Chris Pines’s performance along with the rest because in my opinion there was really no need to include him in this film. Audiences wanted a true action movie hoping despite the past that Warner Bros could give us a worthy production but instead we got a forced love story.

The best part of the whole Wonder Woman 1984 is the opening scene on Themyscira. We could have stayed there a little longer and watched Diana grow up. Maybe then you could have had Dr Minerva find the island looking for a Cheetah God artifact. I don’t know. Anything would have been better than a Dreamstone. My wish is to let that script disappear. Uuuuggghhhh.

But remember fans, this is my opinion. I see this movie as the worst superhero movie I have ever seen while some might think this is the best. But leave your comments on what you think because at ObsideanNomad we value your opinion and want you to be heard with no judgment.